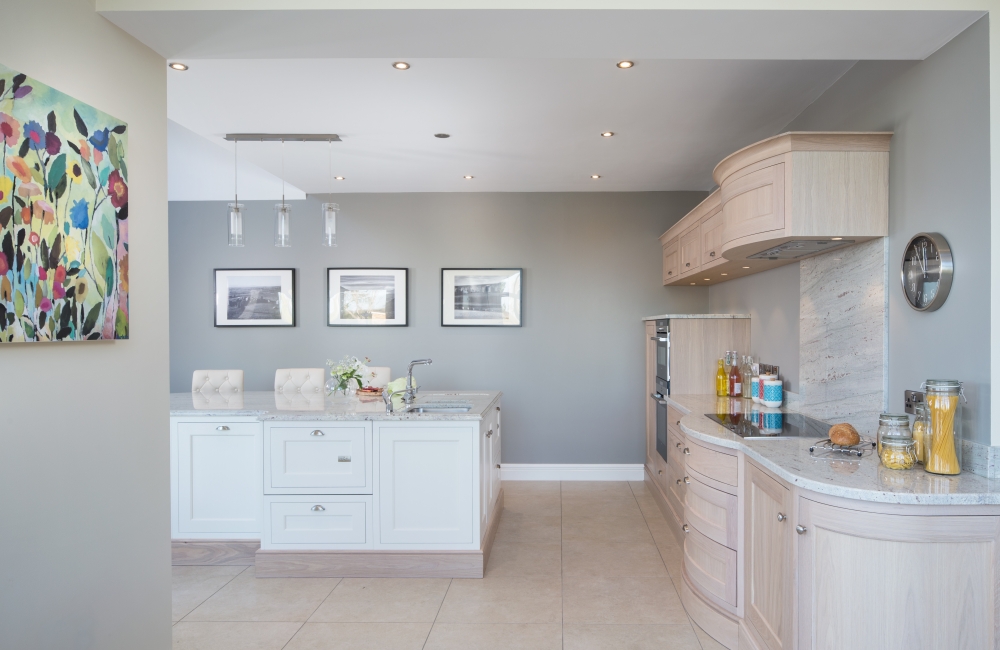 When Declan and Michelle decided to update their kitchen they ended up undertaking a much bigger job than originally planned. Initially they had intended to just freshen up their 15 year old kitchen but when they begun looking around they realised that in order to achieve the look they wanted they would need more space. As Declan puts it "Our last kitchen had become a bit dated so we had made the decision to spruce it up. We wanted an island and a table so we soon realised that to have these things and maintain freedom of movement we would need more space. We decided if we were going to do it then we may as well do it properly.

The couple came to Dorans after recommendations from friends and worked with Eamon, Managing Director and Head of Design to ensure their dream kitchen became a reality. Michelle and Declan were open to suggestions when it came to the colour scheme for the room. They liked the wooden look but having had a darker oak in their previous kitchen were keen for something a bit more contemporary. Eamon suggested a bleached oak and although they initially had reservations they now love how well it works with the natural light in the kitchen.

The large island is a perfect social space and one of Declans favourite elements of the new design "The island was the main thing we wanted from all this so its great to see how well it works as a social hub in the room".

Follow us to keep up to date with our latest projects, offerings and news