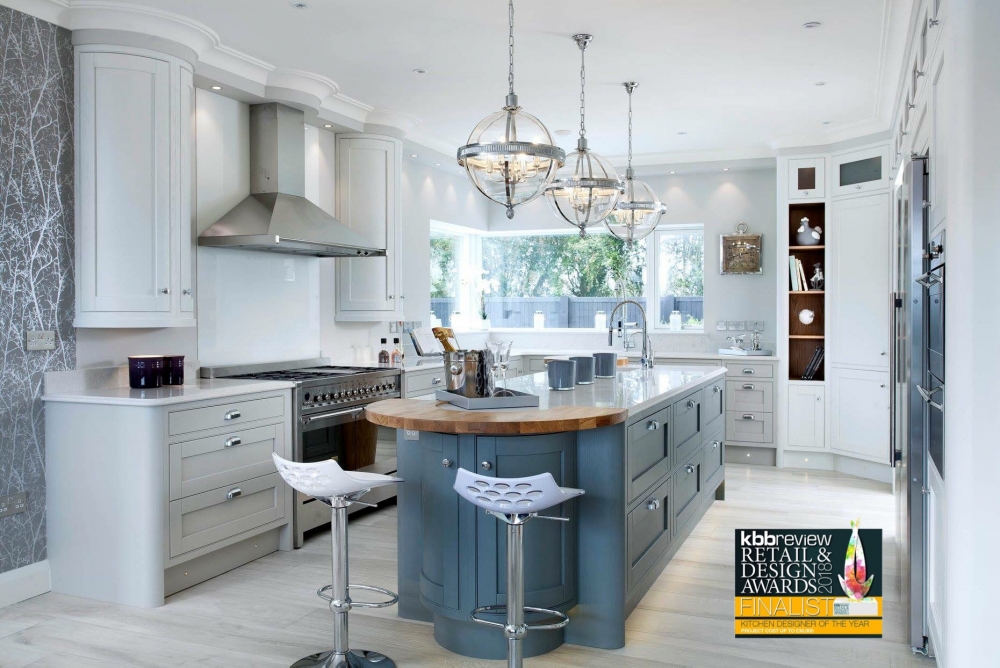 We are delighted to have been announced as a finalist at the KBBreview Retail & Design Awards 2018, what many would view as the biggest awards event in the kitchen industry.

The kbbreview Retail & Design Awards acknowledge the very best designers, retailers, showrooms and products in the UK and Ireland, and have been doing so for over 20 years.

We have made it to the final four in the ‘Kitchen Designer of the Year: Project cost up to £30,000’ category, for a project that was designed by a key member of the team here at Doran Kitchens & Home – Jordan Price.

Being nominated for this award makes us extremely proud, we always strive to achieve the best for our clients, and this nomination is a great acknowledgement for all the hard work put into the nominated project.

KBB has announced that there was a 30% increase in the number of entries for this year’s award ceremony in comparison to last year, which shows that we were up against a lot of opposition, so to have been announced as finalist is a fantastic achievement in itself.

The winners will be revealed at a gala event on March 5 at the Hilton Birmingham Metropol.